Grand Isle 01
2010
Grand Isle is a series of 6 photographs made during the peak of the BP oil spill in the Gulf of Mexico. Grand Isle, Louisiana became the center of national attention and whilst crews worked diligently to clean the beaches and maintain normalcy, the beach-scape of Grand Isle, Louisiana had already transformed. It's function was altered. It had temporarily become a space of intervention.

Negatives were developed in Louisiana Community Coffee, absorbic acid and a mix of fresh and salt water from the beach.
PREV / NEXT   1 / 6 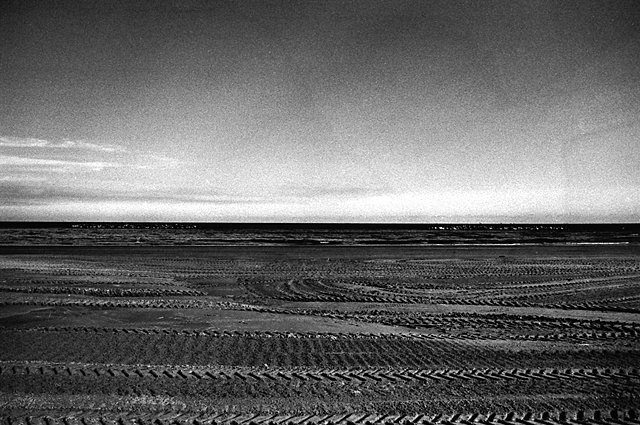